Kaizen is a Japanese word meaning “improvement.” However, it is also often used in a more specific context as an approach to project management and efficiency. I am advocating using Kaizen in all areas of life that require productivity, time management, and planning.

Please note that this article contains affiliate links. You can read my full disclosure at the bottom of the page.

You are invited to Visit Blessed Reject’s Amazon Storefront

So, you may have noticed I am on a Kaizen kick right now. The reason? Goal setting and planning, both personal and business-wise, I need a way that won’t overwhelm and that I can stick with. Something I can be consistent with.

Only through abiding in Christ can our lives bear much fruit. (John 15)

Kaizen style fits that bill. I’m taking this year to grow in my consistency in abiding in my Creator. To spending time with Him and listening. Walking with Him moment by moment. I hear you, okay, that sounds great – but what does some Japanese word have to do with that and how in the world do you think it will help?

The term Kaizen was born in manufacturing, where it described how making a small change to a process in an assembly line could result in HUGE increases in efficiency and net profit thanks to automation and force multiplication. This concept quickly caught on in the worlds of business and self-development, respectively. In both contexts, small changes can add up to a big impact.

Often Kaizen is taken to mean that you should engage in “micro workouts” and the like.

That you should try to form new habits by doing something minimal and easy. This approach to time management can be useful advice in the right context, it is not true Kaizen.

An example of the concept Kaizen approach would be to look at everything you do in a typical workflow: that means every step you take from booting up the computer to making coffee, answering emails, and uploading articles.

You’d then see which of these steps was taking the longest, and see if there was any way to make them each more efficient – to gain more time and freedom thereby. This is the starting point to using the concept of Kaizen for time management.

For instance, if you fix your computer’s booting up speed by five minutes, that could result in 25 minutes of extra time per week. What if you stopped taking so many coffee breaks? Or what if you slightly altered the order of your main tasks, such that you didn’t need to switch between programs so much?

A few changes like this, and you could save hours every week and become significantly more productive. Time management at its best!

What does this have to do with getting what you want from life?

Simple: you can take this exact approach to your current lifestyle in order to make time and energy for the things you want to do.

That might mean investing in a dishwasher so that you can spend less time washing up in the evening – even getting a house cleaner if you can afford one!

It might also mean doing some chores on the commute home, such that you don’t need to do it when you get back in the evening.

Either way, this kind of thinking makes your daily grind more efficient. Therefore, you suddenly can fit in time to work out, and you have the energy to do so to boot! And the same goes for whatever else it is that you would like to achieve.

How to Spend Your Time Wisely for Maximum Impact

A similar example is when someone wants to create an app. So often, they will come up with an idea for an app they think will change the world – an app that they believe can rival Facebook. This requires cloud computing, security measures, and all sorts of other things! Can they program? Well… no.

Apply the Concept of Kaizen to Time Management

Let’s change it up and say that you’re an entrepreneurial app developer. You’ve released apps in the past that have been highly successful, as well as a few duds.

Now it’s time to work on your next project.

The problem is you have too many ideas and no idea which to work on first!

So we’re going to apply the concept of “Kaizen” in a unique way to answer that question, and then see how the same approach can be useful in other areas of life.

Interestingly, Kaizen means “improvement,” and the idea is that you’re employing small changes continually to add up to a significant impact. It’s about focussing on the small details to make your workflow more efficient.

In our case, that is going to mean asking what is the most efficient course of action, by again asking what the “smallest” things we can accomplish are.

The aim should be to pick out the app ideas that are the quickest to make but have the highest chance of earning the most money.

So if you have an idea that you think could change the world, but it will take you years and years to get it off the ground, then you should forget that one.

The risk here is too high: what if you spend all that time and you aren’t successful?

Likewise, though, if an app idea is quick, but is unlikely to find an audience… what’s the point? From a business perspective, at least, this doesn’t make any sense.

So pick the option that has the highest chance of the most success, and that involves the least work and effort. In a short amount of time, you can drastically increase your income, and if your predictions were wrong, you haven’t wasted too much time or effort upfront.

How does the concept of Kaizen apply elsewhere?

It’s merely a matter of picking the most efficient options to focus your efforts on. I adore this method of time management because it is so non-intimidating, however, it is results-focused!

In exercise, this might mean picking activities that offer the most physical benefits but involve the least amount of work and effort.

By looking for low-risk, high-yield choices throughout your life, you can maximize every aspect of your lifestyle and achieve a whole lot more. Apply the concept of Kaizen to your time management and goal setting.

Goal setting is something that a lot of people don’t really understand. That is to say that they take the entirely wrong approach to it, which in turn results in them never seeing the results that they hoped to see.

There are lots of things we could improve about goal setting, but for now, we’re going to look at one thing, specifically that relates to the Japanese concept of “Kaizen.”

That is: being too ambitious right away.

The problem is when you try and achieve that immediately.

The perfect example of this is working out. So many people will go from not exercising at all to taking on a training program that is too ambitious for them.

For example, they might decide that they are going to try and work out four times a week at the gym. That sounds like a reasonable and modest goal until you realize that they’re going to be training for an hour, possibly traveling for 30 minutes, and likely showering for 15 minutes.

Throw in getting changed, and preparing for the next day, and suddenly you’re introducing about 5 hours of work into your routine.

Five hours is not a small amount. In fact, it is almost a working day!

Not only is this a considerable amount of time, but it’s also a vast amount of energy you are expected to expend. And if you aren’t exercising right now, it’s probably because you don’t have the time or energy! What is going to change this time exactly?

In true Kaizen style, it would be better is to set a target of training at home for 20 minutes twice a week. A far more modest aim, but a much healthier start and easier to maintain. 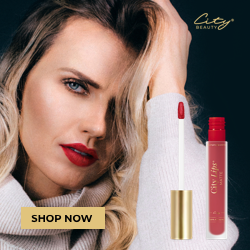 Moreover, when we look at all this from a spiritual point of view, which I believe we should always be doing, we can see how taking the concept into abiding can help.

I want to abide in my Messiah, moment by moment. I want to follow where He leads. I’m diligently training my heart to hear and follow His command. So if I make my plans for the future – they better be adaptable and flexible to His leading.

Not my whims or desires or current shiny squirrel. Him and Him alone.

Please note that this article contains affiliate links. You can read my full disclosure at the bottom of the page.